THINKING back 20 years ago I never (well, seldomly) envisaged that come 2020, I would become ALMOST 80.  Now its upon me it feels amazingly better than I had seldom imagined and the fact I am FEELING 40 is a tribute to my disciplined lifestyle.

Forward thinking only another twenty years I will be TURNING 100, FEELING 80 and I know I will be THINKING 60 (I am there already) there are so many exciting milestones I have put in place for me to achieve as fulfillment of my 10 Degrees Journey and beyond.

Now, just in case you are interested regarding my disciplined lifestyle “How I live my life?” “That gift from me to you!”it is a lot simpler than you or anybody could possibly have imagined, there are only the three Golden Rules to abide by:

NUMBER ONE, EXERCISE EVERY DAY:

Either play tennis, golf or chess, either run or swim ten kilometers or walk or swim briskly for twenty minutes several times a week.  If my BJMA or my UFO – Organisation is in your country you can either do Boxing, Kickboxing, Wrestling or all three as a self defense like the Nation of China is about to be introduced to via:

However much you are eating these days, EAT LESS – “I am currently consuming ‘OMAD’, One Meal A Day”.  Right now I am on a seven day FULL MOON FAST. Normally the ONE FULL MOON date is sufficient or one or two days either side of that date are for different types of celebrations.

My current three days either side of the full moon date is a major celebration for my entry into; The People’s Republic of China. See Edward V in a later chapter for hundreds of ideas on how to eat less to be healthy.

Breathe, don’t ever forget to breathe – See Wim Hof, the next chapter for hundreds of ideas concerning your overall wellbeing and current and future health, by breathing correctly you are developing your many opportunities to be healthy forever…

WHEN FASTING IT IS IMPORTANT

TO UNDERSTAND THE WORD

Now, whenever we are asleep, also not so easily understood – WE ARE FASTING. In fact, when we go into a phase of deep sleep – WE ARE FAST – ASLEEP.  After dinner, without anything to eat until we go to bed and go to sleep, before we know it, we are FAST ASLEEP until usually a specified time in the morning.  When we wake, we are continuing our FAST-TIME until we make the conscious decision to eat… this action technically is breaking the FAST – this is the true meaning of BREAKFAST!

Early humans, those warriors I generally refer to as the CELTS never had the luxury of three meals a day, most days not even two meals, many times it was one meal or none.  These hunter gatherers walked all day, everyday, until they found food for the tribe gaining them the title of NOMADS i.e. coincidently representing ‘NO Meals A Day Survival’ thus OMAD WARRIORS had ‘One Meal A Day’.  Never having BREAKFAST as a morning meal – up early after dawn, off hunting and/or searching for survival.

We should never eat before midday; it is not in our genes – I eat once a day between 6pm and 7pm, technically this is my breakfast time which means I am fasting 23 hours every day, most of which I am in ‘Ketosis’ and if I am really serious I occasionally experience ‘Autophagy’ (Please fully research these two words as it is of utmost importance for you to understand what’s happening to your body when you stop eating – but know one thing – you are definitely improving and maintaining your bodyweight and your health.  If my weight fluctuates at all, I have an occasional second meal on some days), all of these principles are about to be introduced to the Chinese as a Nation by my UFO –Unified Fighters Odyssey.

LOOK OUT FOR THE FASTBALL

“WHEN THE FUTURE CATCHES UP”

This very unusual man, in fact I would venture to say, undoubtedly, ‘the most unusual man on earth’, perhaps with a touch of madness but above all a man with a heart of 100% Purity.

I personally recommend him for an upcoming NOBEL PRIZE…  WIM HOF, I am proud to say is my latest inspiration, and we even have several things in common.

His wife died twenty-five years ago leaving him with four young children, she had died by suicide which for sometime had caused confusion with his mindset, his totally positive outlook on life.  He found some semblance of order by throwing himself fully into his life pursuits, eliminating sickness and disease and making the PLANET A BETTER PLACE – demonstrating how to live life happier, healthier, longer and stronger.

Similarly, my fiancée of ten years also took her own life (in 2015), merely months before in the December of 2014, a Rock Legend and very good friend since 1974, Joe Cocker had died of what I refer to as a delayed suicide – Personal abuse of narcotics and alcohol.  Joe, often jokingly commenting on how his lifestyle was and would eventually kill him. Within months, early January 2016 another of my personal friends whom I had known as THE MAN WHO FELL TO EARTH (1976) died after a severe dose of liver cancer, I had been Personal Bodyguard to both of these gentlemen many times for over fifteen years.

The man who fell to earth and I had a humorous bond in that we shared the same name; I, as Robert Victor Jones, he as David Robert Jones. His family was plagued with the trauma of suicide having us share many in depth conversations regarding modern societies ever increasing problems with regards to obesity, anxiety, depression and youth suicide.  He exchanged his Robert Jones for David Bowie in 1962, after the famous hunting knife of America’s frontier.

That’s the one thing about being a whisker off the age of eighty, everyone you have ever known all start passing over.  I was coping with all the guys –another dozen or more I have not mentioned here, but it was my fiancée with her vulnerability and untimely death that had me pondering the acceptance of life and death and its many interpretations.  Apart of me, something very deep inside of me had also died during that year.  And left me with a form of hollowness (I think of this as my miniscule galactic ‘black hole’). After some serious soul searching and an attempt for semblance was similar to Wim Hof as I decided to leave my only daughter in a position of management with several of my Australian Business Interests and I would simply trek off on a world tour in search of a new life passion for personal bliss.

That year I left and flew to Mexico and America planning to expand my horizons and several years later I have not yet returned to Australia – I am about to leave Europe for an upcoming international business meeting with a large Television Network in The People’s Republic of China.  At this stage of my life I am the happiest, fittest and strongest I have ever been and in China I will create my new-life bliss, this will fulfill a death wish I made to myself as a tribute to the life and death of one of my most influential mentors, Joseph Campbell (1987).  It is an interesting mix of his monomyth (i.e.The Hero’s Journey) and my personal TARA MILIATA – Martial Arts of Antiquity and my 10 Degrees Journey – that I take to China.

Here is a short list of things Wim Hof and I

DEFINITELY DO NOT HAVE IN COMMON

During his moments of madness, he regularly climbs snow-laden mountains in his boardshorts (including the death zone on Everest) and runs marathons in the Arctic barefoot. Believing that all humans are capable of such things, he now leads expeditions to the top of Kilimanjaro and includes people with disabilities. He claims his technique helps mental illness by bypassing brain resistance; it triggers fight-or-flight hormones such as cortisol and high adrenaline that suppresses the inflammatory response of the body, and researchers suggest his techniques may lead to new treatments for rheumatism and other immune and destructive diseases.  Yes!  I really do think that NOBEL PRIZE would definitely be in order!

It is these differences that will be our strengths

when we eventually come together…

As we both have a global plan to do something about anxiety, depression and youth suicide, it’s only a matter of time before we will definitely catch up in China and do wonderful things.

Veteran of almost one hundred movies since 1980

WE HAVE BEEN GOOD FRIENDS SINCE 1965

In 1973 Billy Mann’e had recently accomplished his Black Belt – 1st Degree Grading and as a gesture of my pride of him being one of my first Black Belts, I offered him the privilege of having complete control over his choosing and organizing the first early TRAINING SESSION of that BJMA – SEVEN DAY CAMP.

Early to rise and full of anticipation of what Billy would have us doing, 5.30am but I could see Billy Mann’e had been up much earlier, “Chief” a nickname of mine as the Chief Instructor of BJMA, “We are pool training this morning and I have put 50 bags of ice floating on top – and we will be working on ‘Three Battles’ and ‘Rotating Palms’ with extra heavy power breathing to get the blood circulating and warm us up”.  Under the threat of having to spar (fight Billy Mann’e) everybody dived in…

Here I personally recommend Edward V, a great overall nutritionist, technical advisor, trainer, coach, an ultimate OMAD WARRIOR.  He also makes regular educational promotion tapes, watch any one of his productions. They are all ‘simply the best’, if you get the opportunity watch his whole series out of… fledgefitness.com.   He also covers everything we would ever need to know about IF Intermittent Fasting and OMAD Warriors. If he hasn’t covered it already, you know damn well he soon will with his future ongoing informative videos!!!

As soon as I am established within The People’s Republic of China, with my UFO TV REALITY COMBAT SERIES up and running, Edward V will be one of the first guest Instructors I plan to invite to China to teach all new members how to eat via IF – Intermittent Fasting and my OMAD WARRIOR PROGRAM.

His ongoing occasional guest appearances will definitely be a bonus for the knowledge gained by all the competitors and our multiple millions of fans watching on TV all over China and around the world, also learning the correct and most healthy way to eat he will also be a big lift to our ratings for UFO. 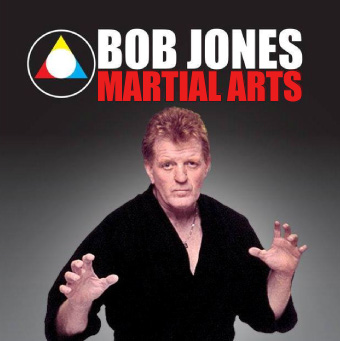